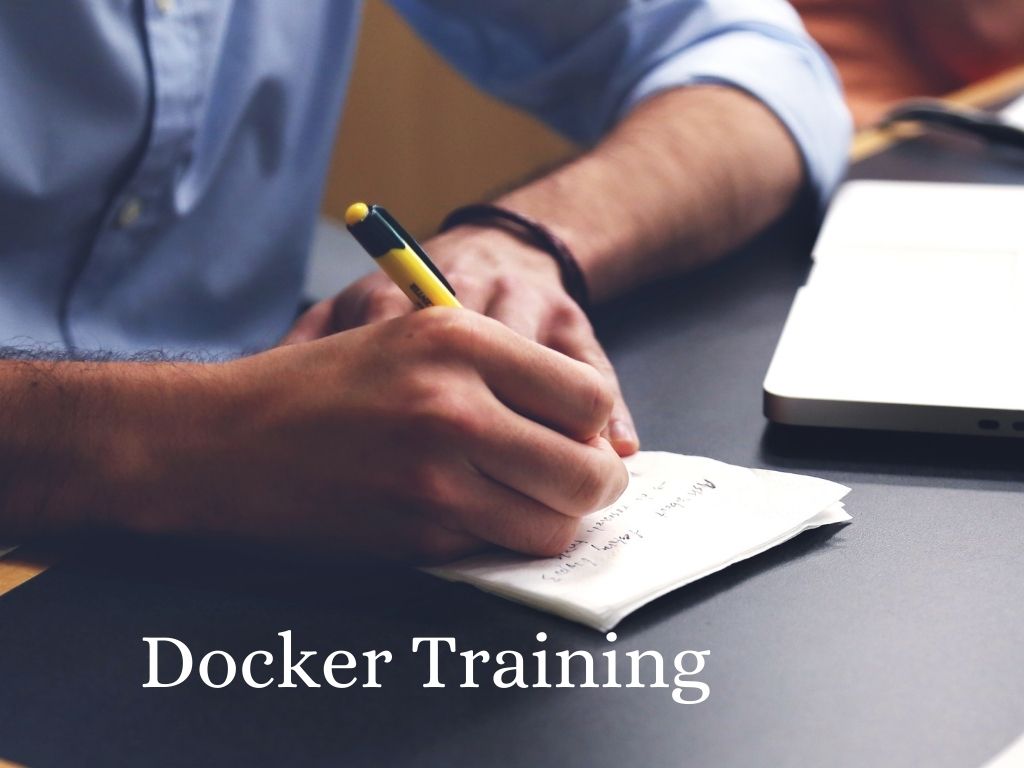 Docker is a container management service, its an open- source containerization platform that allows you to get containerize your applications, share them using public or private registries and also to orchestrate them. The whole idea of Docker is for developers to develop applications easily, ship them into containers which can deployed anywhere.Docker is not only the containerization tool on the market also the most popular one.Get hands-on experience in using the different storage strategies, deploying multi-container applications using Docker Compose, and managing container clusters using Docker Swarm.Idestrainings provides best trainers for Docker Trainings from our real-time experts.We also provide online and corporate training from our experienced trainers.

There are no prior skills needed to take up this certification course from Idestrainings. 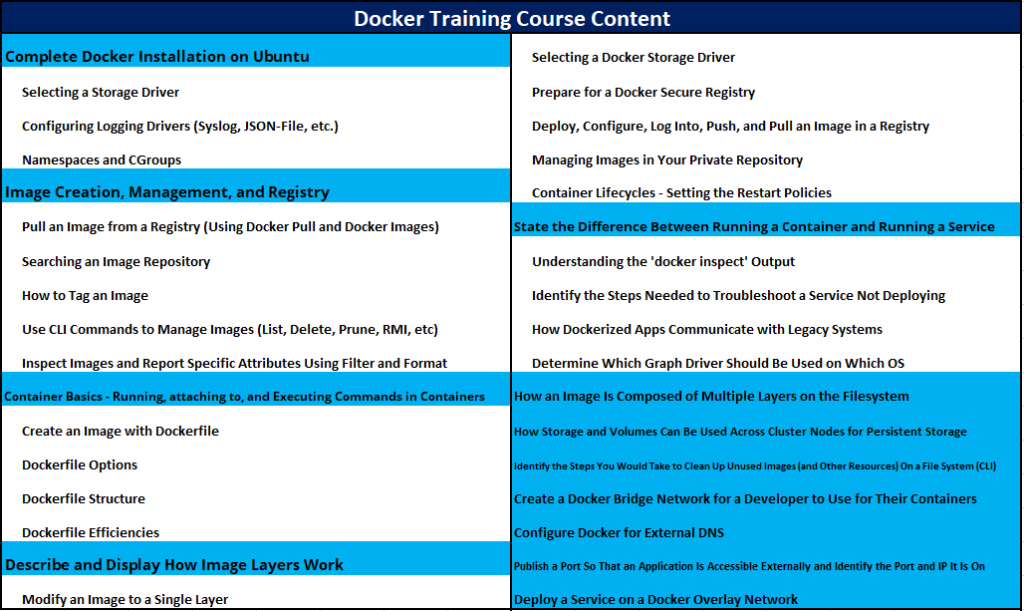 Docker is an excellent tool designed for developers and system administrators. It is used for multiple stages of the DevOps cycle and for rapid deployment of applications. It allows developers to create an application in a docker run container that can be run in any environment and pack the application with all its dependencies.

Docker allows us to effectively develop the application and its components using containers. These containers are lightweight and can run directly on the host machine kernel. Therefore, it allows more containers to run on the same hardware.

It provides a loose isolated environment that is secure enough to run multiple containers simultaneously on a specific host. This helps Docker to understand the different uses of Docker and get the most out of it. Here are some of Docker’s applications and usage cases:

In this Docker tutorial, you will understand how it helps in sharing the work with other team members easily using the Docker containers. It allows you to push the application into a test environment to conduct automated or manual tests efficiently.

Any unforeseen condition or situation can halt the software development lifecycle and affect the business organization significantly. But, with Docker, it can be mitigated. Docker allows the functionality to easily replicate the file or Docker image to new hardware and retrieve it later in case of any issues. In case of rollback of any particular feature or version, Docker can be useful to revert to the last version of the Docker image quickly.

It allows deploying the software without worrying about accidental events. It can be helpful in any hardware failure or configuration problem event wherein it becomes important to resume the workflow quickly. Docker tutorials provide an in-depth understanding of backup functionality and disaster recovery.

Docker allows developing, testing, and deploying applications faster. A software development life cycle is long, as it includes testing, making necessary changes, finding bugs, and deploying it to see the final results. Docker allows the developers to find bugs in the initial stages of development so that they can be fixed in the development environment and can be redeployed for testing and validation. Thus, it makes the deployment easier and quicker by merely pushing the updated software into the production environment. In this docker tutorial, you will learn all about its portability and how it allows dynamic management of the workload and create a portable workload that can run on a mixture of environments easily.

Docker provides a highly portable environment that can easily run multiple Docker containers in a single environment. Docker maintains a balance between the testing environment and the production environment with the help of code management. It provides a consistent environment for code development and deployment.

It further helps in simplifying DevOps by standardizing the configuration interface and making it accessible to all the team members. Docker containers have made the development more scalable and user-friendly. Thus, it ensures that the interface is standardized for all team members.

What is Docker Training:

The daemon (Docker) Is a process that keeps running in the background and waits for commands from the client.The Demon is capable of managing various Docker objects.

The client (Docker) is a command-line interface program mostly responsible for transporting commands issued by users.

It acts as bridge between the daemon and the client. Any command issued using the client passes through the API finally reach daemon.

What are Features of Docker ?

Docker has the ability to reduce the size of development by providing a smaller footprint of the operating system via containers. With containers, it becomes easier for teams across different units, like development, QA and operations to work seamlessly.

It is possible to deploy Docker container anywhere, on any physical and virtual machines and even on the cloud.

As we know that the docker containers are pretty lightweight, they are very easily scalable .

What is the use of Dockerfile ?

In Docker, the file is used for creating Docker image using the build command.

With Docker image , any user can run the code in order to create Docker Containers.

Once a docker image is built, it is uploaded in a docker registry.

From the docker registry, users can get the docker image and build new container whenever they want.

Why we need Docker?

Developers need the docker because docker will eliminate the verse on your machine. When you are working on the code with the co-worker, operators will use the dockers to run the app and also manage the app side by side in a container. Docker containers occupy less space , it has short boot-up time, containers have better performance as they are hosted in a single Docker engine. Easy to scale up, High efficiency, Easily portable across different platforms. Data volumes can be shared and reused among multiple containers. The enterprises will also use the docker for agile software delivery to ship. Docker has the new features faster for the linux and windows. Docker training is given by senior consultant in our Idestrainings from India.

Docker is well known in light of the fact that it has revolutionized improvement. Docker and the holders that are potential has changed the product business and in five brief years, their prominence as an apparatus and stage has soared. The fundamental reason is that compartments make immense economies of scale. Frameworks that used to require costly, committed equipment assets would now be able to impart equipment to different frameworks. Another is those holders are independent and versatile. On the off chance that a compartment takes a shot at one host, it will work similarly too on some other, as long as that host gives a perfect runtime.

How does Docker work?

What is Docker Container and Docker Compose?

It is an abstraction at the application layer that packages code and dependencies together. Instead of virtualizing the entire physical machine,   containers visualize the host operating system only. Container is an isolated platform which contains everything needed to run the applications.

Docker compose makes it easy to configure and run applications made of multiple containers. For example being able to define three containers-one running a web app, another running postages, and a third running redis-all in one YAML file and running those three connected containers with a single command.

What is Docker image?

Docker file builds a docker image and that image contains all the project code. Images are multi- layered, self-contained files that act as template for creating containers. They are like a frozen, read-only copy of a container. Images can be exchanged through registries. The containers are just images running in state. When you obtain image from the internet and a running container using that image you essentially create another temporary writable layer on top of the previous read-only one.

What is a Docker Registry?

Docker registry is an open-source server side service used for hosting and distributing images. An image registry is a centralized place where you can upload your images and can also download images created by others. Docker Hub is the default public registry for Docker. You can share any number of public images on Docker Hub for free. People around the world will be able to download them and use freely.

Ansible is the automation engine, it will send and receive the message to and from the device without any delay in that sending and receiving. It is, extremely easy to setup but then powerful. Ansible can help you with arrangement organization, request sending, and responsibility robotization.  Ansible use the extremely easy language that allows you to explain your mechanization jobs in a way that we can easily access. There is no agents and the custom security with this we can easily deploy. Ansible training  is a server design management version and deployment tool.

Node js is  free open source platform for the java script code execution only outside of the browser. It is easily started and used for the prototyping and the agile development. Used for the super fast and highly scalable. In node js training function we use the java script. In node free open source libraries are available , you can add new application if want because there is a free libraries.